It supports the scripting and execution of arbitrary tasks, and includes a set of sane-default deployment workflows.

Capistrano can be used to:

Capistrano is also very scriptable, and can be integrated with any other Ruby software to form part of a larger tool. 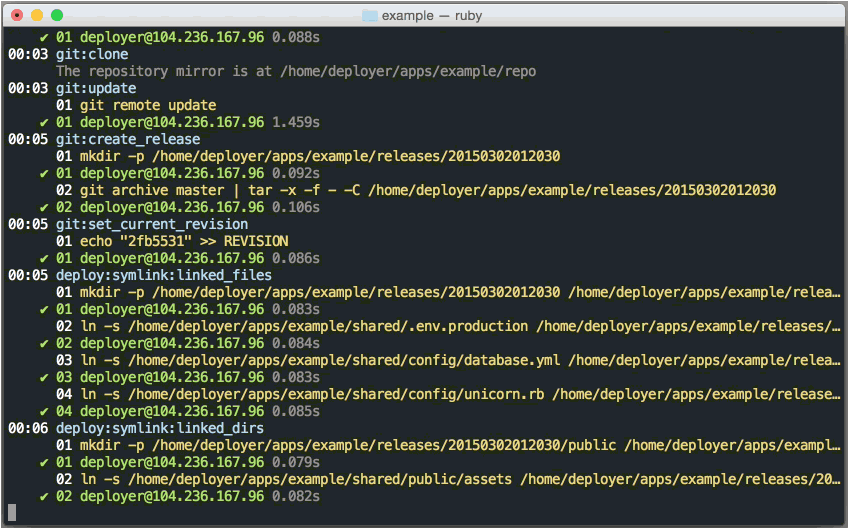 What else is in the box?

There’s lots of cool stuff in the Capistrano toy box: